The Swedish giant in media services operates with the “Music for All” tagline. However, the company conducted a campaign in 2019 in which it incorporates a bit of nostalgic spice to its message. The line is “Listen like you used to” and tries to expand its fan base through attracting older listeners. The technique is called proverbial touch, and this advertisement is the right place to utilize the technique. Moreover, the ad suggests the idea that listening habits never change, though life is always changing. Spotify showcases its ability in how-well it knows the audience.

The ad is one of the most creative and viewed in 2019. In less than a year, the commercial has reached more than 30 million views on YouTube. The message of the video is “We Believe: The Best Men Can Be” tagline, which has been in place since 1989. The commercial focuses on the fundamental social issues like toxic masculinity, sexual harassment, and bullying.

Interestingly, Gillette could not have timed the ad better, as it was broadcast while the #MeToo was the hottest trend. The video provokes the viewers’ emotions using emotional scenes of women being humiliated by men or children who are being bullied. In the end, the video concludes that a man’s self-control and self-awareness are the keys to overcome these heinous issues. 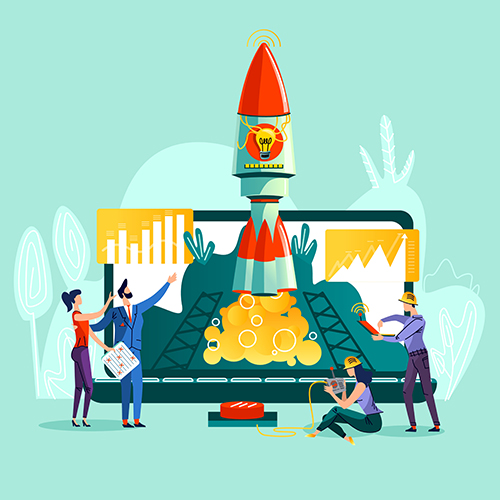 It was only a few days after the launch of Gillette commercial that Egard- the watch manufacturing company- decided to broadcast an ad with “We See the Good in Men” tagline. The enterprise surfed the waves Gillette, and #MeToo had raised earlier. In this video, there are several statistics from official NGOs and institutions to support how men are victimized. The video also portrays emotional pictures in consolidating the men’s suffering image. In a few months, the video has passed 5 million views on YouTube.

Carlsberg has taken one of the riskiest and daunting actions to promote its brand honesty. While brands are mostly in favor of expressing their best dimension, Carlsberg changed its tagline to “Probably Not The Best Beer In The World”. Marketing experts have lauded this endeavor, as it seems that the campaign has been effective. By looking at this image, it is clear that the designers judiciously utilized the colors, font, and logo in a way that the message sounds humorous. This wise action dramatically reduces the negativity of the message in the consumer’s mind.

The funny tagline is “Silence The Critics By Mothers” whose catchy rhymes and rap beats make it stand out from the crowd. Moreover, the director has employed music hand in hand with anthropomorphism. All the toys and statuettes are blaming the mother for the home decoration problems.

What springs to mind when you hear “Freedom For All”? If your response is democracy, then you are right. But the question is, what is the relation to Adobe’s ad campaign? Adobe used this pattern to concoct its campaign slogan “Creativity For All,” whose purpose is to democratize creativity atmosphere for everyone. In this advertisement, all Adobe’s creativity services, such as Photoshop, After Effects, etc., are portrayed; therefore, the campaign can be counted as a reminding one.

Moreover, the company tries to warn us about climate change. To fulfill the purpose, the ad illustrates an edited shot of a polar bear whose inner organs are full of natural disasters like burned forests and melting icebergs. Finally, we should pay great attention to the cameo of Bellie Ellish, the Grammy and Oscar-winning musician. It is a perfect example of a celebrity choice to consolidate creativity effect.